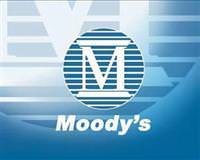 Moody's Investors Service cut its rating on Egypt's debt on Monday on concern about its public finances, becoming the second credit agency to turn negative since the country was plunged into political crisis.

Moody's said the one-notch downgrade, to Ba2 from Ba1 with a negative outlook, was prompted by a significant rise in political risk and concern that the government's response to mounting unrest could undermine Egypt's already weak public finances.
One analyst suggested the cut, coming as protesters camped out in central Cairo vowed to stay until they had toppled President Hosni Mubarak from power, was overdue
"Finally the rating agencies wake up. Egypt rated flat with Turkey was always a joke," Timothy Ash, head of CEEMEA research at RBS, said.
Moody's joined peer Fitch Ratings, which cut the outlook on its BB+ country ceiling to negative on Friday, in saying the political turmoil would likely undermine Egypt's economic reform programme.
"There is a strong possibility that fiscal policy will be loosened as part of the government's efforts to contain discontent," Moody's said in a statement.
"A background of rising inflationary pressures further complicates fiscal policy by threatening to increase the high level of budgetary expenditure on wages and subsidies." President Mubarak, who sacked his inner circle of ministers on Saturday, ordered his new cabinet on Sunday to preserve subsidies, control inflation and provide more jobs, state television reported. The growing protest movement is driven in large part by public anger at rising prices, unemployment and the huge disparity between rich and power.
That means any successor administration to Mubarak, should he be forced from power, would be likely to keep subsidies in place and might boost social spending, putting further pressure on already strained government finances.
"Given that around half of the government's expenditure is spent on subsidies and wages, there is clearly a risk that the public finances could deteriorate significantly," Tristan Cooper, Moody's head analyst for Middle East sovereigns, told Reuters in an email.
The Moody's cut also reflects rising unease among rating agencies at the impact of political tensions across swathes of North Africa.
Standard and Poor's said on Thursday that political and fiscal uncertainty were weighing on the sovereign ratings of several Middle Eastern and North African countries, with Egypt, Algeria and Jordan most vulnerable to unrest similar to what occurred last month in Tunisia. Fitch said on the same day said it would decide in 3-6 months whether to cut its rating on Tunisia, following weeks of unrest that forced a change of government and had hit economic growth.
Last Update: Jan 31, 2011 4:41 pm
RELATED TOPICS