IMF: “It’s good we did not make an agreement” 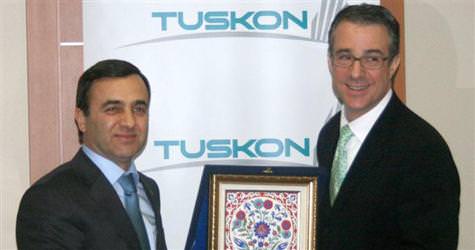 Unable to pull the countries they have extended hands to out of the swamp; the IMF makes a historical confession: Turkey made the right decision to not sign onto an agreement.

IMF Turkey Director Mark Lewis expressed that Turkey has successfully responded to the global crisis and stated, "It's quite impressive that you were able to surpass the crisis this quickly. Turkey is presently in a very strong position in terms of economy."
Lewis went on to make the following surprising statements:
"THE CORRECT POLICIES CONTRIBUTED"
"Behind this success lies the correct policies put into place for reforms prior to the crisis. Today, when we look back, we realize that the decision made then was right."
Lewis' concession means Erdoğan was right… All of the countries that signed agreements with the IMF during the crises are in even worse positions economic-wise than before.
The IMF has made a historical concession regarding Turkey's economic performance. Despite all of the incoming domestic and international pressure, Prime Minister Erdoğan showed his unwavering support for the government's decision to refrain from signing an IMF agreement. It appears now, even the IMF approves of Turkey's call. Speaking during a TUSKON, Turkey's businessmen and industrialist confederation, meeting IMF's Turkey Director Mark Lewis stated that when looking at the present situation, the decision Turkey made to walk away from an IMF agreement, after two years of negotiations, was right, which according to Lewis, is even more evident now. Lewis states, "Turkey has responded very successfully to the global crisis."
Speaking at a press conference held during his visit for the TUSKON meeting, Lewis expressed that Turkey has a very dynamic economy. According to Mark Lewis, after witnessing the political instability recently experienced in both Tunisia and Egypt, Turkey's credit rating should be higher. "It's not easy to explain the actions of the credit assessment establishments. When they make assessments, they follow their own systems. It is my own personal opinion that Turkey's credit rating will be increased soon."

Turkey said 'no' making the economy grow…
After approximately 22 months of deliberations with IMF President Strauss Kahn, Prime Minister Erdoğan decided to continue on with the IMF. Turkey went on to be second in terms of most significant growth in the G-20. The unemployment rate has regressed to the teens. The ISE-100 Index has reached historical highs at 71,000 points. Turkey's credit rating has gone up twice already during the crisis and it is anticipated to go up following the elections.