Salaries designated according to religion! 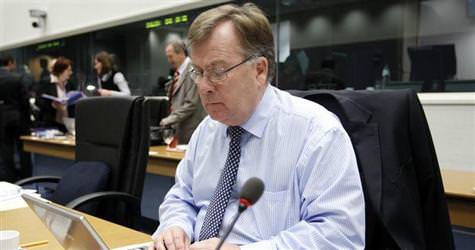 A shameful proposal by Denmark… The Danish administration’s draft law, which foresees Muslim immigrants to be paid lesser salaries, has received has received significant response.

The draft law, prepared by Minister of Finance Frederiksen, makes it mandatory for unemployed migrants to have acquired a certain amount of points in order to benefit from community services. The opposition and the business world state that lesser salaries for migrants is equal to ethnic discrimination.
What started in France, England and Germany as an anti-Muslim stance has now transformed into downright slavery in Denmark. The government is now proposing a draft law which foresees paying Muslim migrants lesser salaries.
The draft law, which was prepared by Minister of Finance Claus Hjört Frederiksen, foresees Muslim immigrants being employed for lower salaries than Danish nationals. According to the draft, immigrants assessed by a point system, will only be eligible for social services if they have acquired a specific number of points. In addition, Muslim immigrants that are retired and disabled may be subject to a reassessment of their disability and may be forced to return to the workforce. The draft in question makes no mention of regulating employment conditions for immigrants from western nations.
The Muslim public residing in Denmark has reacted harshly to the draft. The opposition calls it symbolic of the collapse of integration policy which has been in effect for nine years now. The draft has also received harsh criticism from within the government. According to Integration Minister Birthe Ronn Hornbech the draft is 'an unpleasant proposal.'
The Danish business world is also up in arms over the draft. Harold Börsting, the Chairman of the Danish Chamber of Commerce Confederation, which has over one million members, has called the draft idiotic and states, "This is an extraordinarily stupid draft. The application of such a process is unacceptable."