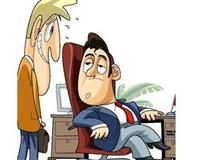 An event reminiscent of a repeating theme in Turkish films, in which a poor yet honorable character is depicted rising from the dredges to success, transpired at this year’s Paris Premiere Vision fair, one of the world’s most important fairs for the textile industry. After previously being forbidden from entering the fair, and at times even being imprisoned for the struggle, this year, Turkey’s textile sector was made the guest of honor.

Once upon a time those working for the Turkish textile industry went so far as to be imprisoned trying to get into France's Premiere Vision Fair, however this year they were practically the talk of the show. Contributing to this year's fair with 52 firms, it turns out that fifteen years ago Turkish textiles representatives were turned back and not allowed to enter the fair deemed their textiles were not good enough. Considered to be of low quality and imitation designs, for years, Turkish textile firms were not accepted as participants in Paris' Premiere Vision fair. In fact, according to İsmail Gülle, the President of The General Secretariat of Istanbul Textile and Apparel Exporters' Associations or İTHİB, there was even a time when representatives spent a night incarcerated in the sheer attempt to participate in the fair. Gülle states, "This year marks the year we have reestablished ourselves. We have done a tour de force at the year's Paris Premiere, where global buyers make decision on purchases based upon seeing the products. This year we are participating in the fair, where in the past we weren't even accepted, with 52 firms. Almost ten percent of the entire fair consists of Turkish companies."
RELEASED ON BAIL
Explaining that the Paris Premiere Vision Fair is extremely selective and it is very difficult to be accepted, İsmail Gülle states, "In 1996, when a group of our textile representatives were not accepted at the fair, they opened up a stand in the lobby of a hotel in Paris which resulted in them spending one day in custody. It was a seriously difficult time. We had to pay 500,000 Franks at that time just to bail them out of jail. Today, things are very different."