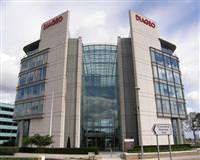 Diageo PLC is close to buying Turkish spirits company Mey Icki for between $2 billion and $2.5 billion, and is set to announce a deal on Monday barring any snags, the Wall Street Journal reported.

TPG and Diageo were not immediately available for comment on Sunday.

Earlier this month, the Turkish company said it had applied for a 25 percent listing on the Istanbul Stock Exchange ahead of a possible initial public offering.

Last December, sources familiar with the matter told Reuters that Diageo and Mey were in preliminary talks, as the world's largest spirits maker seeks expansion in high-growth emerging markets.

Diageo has been pushing into fast-growing developing markets, where it makes roughly a third of profits with moves to tap into strong domestic brands and appetite for its international brands such as Johnnie Walker whisky and Smirnoff vodka.

A deal for Mey Icki -- pronounced May Ichki -- would have similarities with Diageo's drive to raise exposure in China, where it is bidding for control of local group Sichuan Chengdu Quanxing, aiming to increase exposure to domestic spirit baiju and secure better distribution for its own brands.

Earlier this month Diageo missed analysts' forecasts with a 9 percent rise in first-half earnings, due to poor performance in debt-hit Greece, Ireland and Spain.