Turkey's TPAO in talks to sell stake in fuel retailer 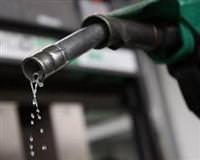 Turkiye Petrolleri (TPAO), Turkey's state-run oil company, is in talks with local and foreign companies on the sale of a stake in its fuel retailer unit, government officials said on Tuesday.

"A 50 percent stake may be sold, though it's hard to give an exact size at this point," one official said on condition his name was not used. He added the sale may be finalised this year.

He declined to say which companies were involved in the talks, but a second official said ventures that involved both local and foreign firms and are active in Turkey are interested.

Officials said funds from the sale would be used to expand TP Petrol, Turkey's seventh-biggest fuel retailer with 105 petrol stations.