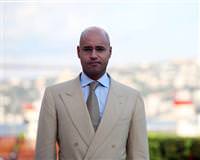 The government of Muammar Gaddafi will never resort to destroying Libya's oil wealth in its fight to put down an insurrection, the Libyan leader's son Saif al-Islam told a Turkish news on Friday.

"We will never demolish the sources of oil. They belong to the people," Saif said in an interview translated from English into Turkish on the channel's website.

He said the Gaddafi family had no intention of fleeing Libya, and the government was in control of the west, south and centre of the country.

He described the anti-government militias as terrorist groups, and said they only had a few hundred men, but had seized tanks, guns, automatic weapons and ammunition.

The interview was conducted on Thursday and was due to be aired at 1730 GMT on Friday.

Gaddafi's opponents control eastern Libya and residents of the Libyan capital said security forces had opened fire on anti-government protesters there, killing at least five, as the government struggled to stay in power.