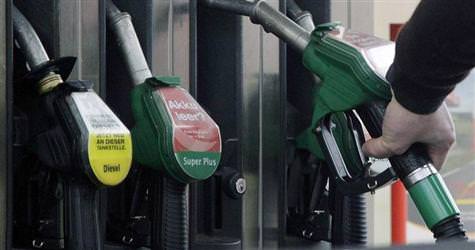 The chaos in Libya has resulted in new record petrol prices.

In July of 2008 petrol prices had risen to 144 dollars and yesterday a peak was reached once again. At over 119 dollars as of yesterday, the price of petroleum is the highest seen in two and a half years.
The uprising in Libya resulted in raising international barrel oil prices yesterday. Brent petrol has reached the highest level seen in two and a half years.
Within the day petroleum prices had increased up to 119.63, pushing the way to 120 dollars. The biggest factor in rising petroleum prices since the onset of uprisings in North Africa and the Middle East is due to the disruption of production. Crude oil in the United States has also seen record levels. Surpassing the 100 dollar level, the price of crude oil reached the highest level yet this month at 128.
TALK OF 150 DOLLARS
Speculation is that production hasl halved in Libya, which previously produced an approximate 1,600,000 barrels of petrol a day. According to some sources however, production is stated to have only dropped by 25 percent.
Libya produces two percent of the world's petroleum. Though it may appear to be an insignificant amount comparatively, the petroleum that comes out of Libya is considered to be of the highest quality and is called 'sweet' crude oil. The IMF expects petroleum to rise up to 150 dollars should the uprisings spread beyond Libya. France's Minister of Energy Eric Besson states that petroleum markets are acting against the risk of the bloody riots in Libya affecting the global petroleum supply.