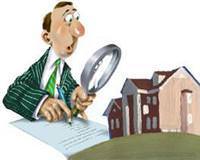 Turkish bank shares slumped on Tuesday on concerns over an anti-trust probe and a warning from the country's banking regulator over excessive lending.

The central bank wants to slow credit growth to within 20 to 25 percent in 2011, as part of a strategy to remedy ballooning trade and current account deficits.

A Banking Regulation and Supervision Agency (BDDK) official, speaking on condition of anonymity, told Reuters: "We will see the results of our verbal warnings within 15 days to one month. The next step after verbal warning might be taking measures aimed at raising loan costs."

Turkish banking shares .XBANK tumbled more than 6 percent. Traders said the primary cause was an investigation into allegations that eight leading banks colluded to attract companies' wage deposits, rather than the threat of sanctions against banks that over-lend.

Ziya Akkurt, chief exeutive of Akbank, in which Citigroup owns 20 percent, stated that a ruling against the lenders could spark a sell-off of between $6 billion and $7 billion in the stock exchange.

The decline in banking shares "stems from the Akbank CEO's comments ... particularly on the comment that it could cause a 20 percent decline in the Turkish bank index if it goes against them," said Stuart Hackett, a trader at EkspresInvest.

While banks and their investors fretted over the likely outcome, Turkish authorities had bigger macroeconomic concerns. Bank loans grew 34 percent in 2010, driving the current-account deficit to record highs and prompting the central bank to introduce daring new policies last December to curb inflows of hot money and cool loan expansion.

The central bank raised banks' required reserve ratios by a total of 400 basis points in December and January to create a tightening effect by offsetting interest rate cuts it made to reduce bond yields.

But there are deep doubts about how effective the policy has been in a fast-growing country where demand for loans is huge.

The central bank has said it will wait for March data to assess the impact of the policy, which analysts fear exposes the Turkish economy to higher inflation.

Analysts are doubtful that regulators and the central bank can keep the lid on strong demand in the country of 74 million.

"It will not change demand for loans in the economy ... The economy decides on loan growth," said Alpay Dinckoc, banking analyst at Oyak Securities.

"If a bank turns away one consumer they could always go to another bank. There is substantial competition in the market."

On Tuesday we wrote that the BDDK could resort to suspending branch openings by offending banks, but the BDDK official doubted whether that would become necessary.

Isbank Chief Executive Ersin Ozince, who is also head of the Banks Association of Turkey, said it is "not the end of the world" if the regulator takes additional measures to curb credit growth at certain banks.

Faik Acikalin, chief executive of Yapi Kredi , which is part-owned by Italy's UniCredit (CRDI.MI), said he did not see a problem meeting the target of 25 percent loan growth this year.

"If lending exceeds that, it's expected the reserve requirement ratio will be altered," Acikalin said.

Both Ozince and Acikalin were speaking at a Competition Board hearing.