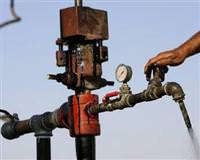 If oil prices stay where they are -- or go even higher, depending on events in the Middle East -- current short-term emerging market portfolio realignments could lead to a wholesale reassessment of investor risk.

Some clear winners and losers in emerging markets have already been thrown up by the spike in oil prices caused by unrest in the region, which has distracted investors from relative yields and valuations.

Oil-rich Russia, Kazakhstan and Venezuela are all attracting investor interest and strongly increased fund flows, while oil-poor Turkey and Chile are suffering.

"Anyone that's got more oil is looking better at the moment, so oil exporters would benefit, and oil importers would not," said Allan Conway, head of emerging equities at fund manager Schroders. "That's one of the reasons Turkey is going down."

Conflict in Libya and unrest in Bahrain and Saudi Arabia have driven oil above $100 a barrel to its highest since the collapse of U.S. investment bank Lehman in Sept 2008.

"It takes a while for many investors to move...we are due for a further reassessment," said one emerging fixed income fund manager, who declined to be named.

BNP Paribas Investment Partners says it is overweight commodity exporters such as Russia in currencies and sovereign bonds, and underweight importers like Turkey.

In contrast, oil and gas accounted for 48 percent of budget revenues last year in Russia, the world's top oil producer.

Turkey has until recently been a favourite of emerging market investors, due to its deft handling domestically of the global financial crisis.

But with the standard yardstick that a $10 rise in the oil price cuts 0.5 percent from global growth, Turkey's growth trajectory is under pressure from rising import costs.

Oil has risen $20 so far this year and a sustained price of $110 a barrel in 2011 would cut Turkish growth to 4 percent from expectations of 5.5 percent, according to Renaissance Capital.

The currencies of Russia and Kazakhstan have also been reaping the benefits, with both countries becoming increasingly flexible over trading bands in recent weeks, allowing their currencies to soar.

"Given the events in the Middle East, the possible appreciation in oil and the macro story, long rouble has been a consensus trade," said Luis Costa, director, emerging markets FX strategy at Citi.

In Latin America, "the Venezuelan government is probably the biggest winner...the region's biggest losers are consumers in Chile and Peru," said analysts at Capital Economics in a client note, calculating Venezuela's energy trade surplus at 20 percent of GDP, compared with an energy deficit in Chile of 6 percent.

Meanwhile, energy importer Israel is also under pressure from concern about a tougher peace-negotiating environment going forward, with the country's debt insurance costs spiking to their highest in nearly two years following the fall of Egyptian President Hosni Mubarak.

"Israel is going to suffer the most from this change in the region," Turker Hamzaoglu, MENA economist at BoA-ML, told a conference call. "There is geopolitical risk...for the Arab-Israeli peace treaties."

The problem is that it is hard to see what happens from here, investors say.

If there are peaceful resolutions to many of the region's conflicts, oil could fall, reversing current favoured positions.

But with Facebook calls for protests in the world's top oil exporter Saudi Arabia on March 11, oil could also rise extremely quickly, punching a hole in the global growth outlook.

"Then the idea about which country you invest in -- forget about it, you don't want to be in the markets at all."