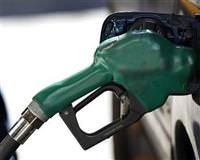 Turkey will find it tougher to achieve an investment grade credit rating if oil prices remain high and the country also needs to tackle its widening current account deficit, a senior official at Fitch said on Wednesday.

Ed Parker, head of EMEA sovereigns at Fitch told a conference that while Turkey did not have the same level of political risk as sovereigns in North Africa and the Gulf, it has suffered the knock-on effects of recent turmoil in the Middle east as oil prices have surged well over $100 a barrel.

"Other things being equal, it is slightly harder for Turkey to get to investment grade if oil prices stay at elevated levels," Parker said.

Fitch rates Turkey one notch below investment grade and has it on positive outlook indicating an upgrade is likely over the next 18 months or so. Rival agency Moody's has it two notches under investment grade.

The oil price is exacerbating Turkey's current account deficit which rose almost 250 percent in 2010 to a record high $48.5 billion as the economy booms thanks to strong consumer demand and industrial growth.

However, investors have been worried about the central bank's unorthodox monetary policy which has seen it cut interest rates while raising banks' reserve requirements, in order to discourage short term capital flows and weaken the lira.

Parker also said political risk was creating uncertainty which would continue until after June 12 elections.

Asked if it was fair to say an investment grade rating was unlikely until after the election, he said: "Yes"

"I see strong inflationary pressures building up given lira depreciation, high oil prices and booming demand...we have building concerns that the central may risk getting behind the curve."