Turkey to go ahead on nuclear despite Japan 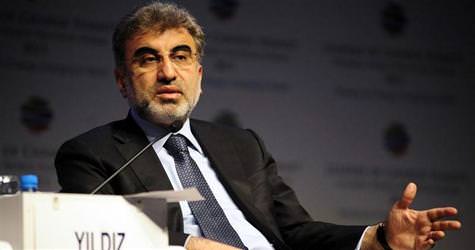 Turkey will press ahead with plans for two nuclear plants, including one that may use Japanese technology, despite Japan's crisis and its own tendency to quakes, Energy Minister Taner Yildiz said on Monday.

Turkish energy officials have been in talks with Tokyo Electric Power Co (TEPCO) and Toshiba on building a nuclear power plant on its Black Sea coast. The government has already agreed with Russia's Rosatom to build its first plant on the Mediterranean.

Turkey is crisscrossed by geological faultlines, and small earthquakes are a near daily occurrence. In 1999, two tremors killed more than 20,000 people.

"The earthquake in Japan will not effect our plans to build nuclear power plants. There are certainly lessons to be learned from this, and our work and discussions on that continue," Yildiz states.

Turkey has made nuclear security a priority for the Mediterranean site, Yildiz said. Both planned plants will use third-generation reactors, which are much safer, he said.

Turkey wants to launch an atomic power industry to diversify its energy mix and boost supply to keep up with soaring demand for electricity amid rapid economic growth. It targets 20 percent of electricity from nuclear power by 2030.

The Ankara-based Chamber of Electrical Engineers (EMO) said in a statement Turkey should see the Japanese earthquake as a warning to abandon its nuclear drive.

The Mediterranean plant is located some 25 km from an active faultline and geologists fear a quake measuring 6 or 7 on the Richter scale could occur there, EMO said.

"The disaster in Japan is proof that the claims of nuclear-power defenders are baseless in the face of a natural disaster. Claims that sturdy construction and compliance with safety standards make nuclear power stations safe do not reflect reality," EMO said in an emailed statement.

Yuksel Oktay, a civil engineer who has worked on nuclear power projects in Turkey, the United States, Mexico and at Fukushima in Japan, said the Black Sea plant will use a safer containment technology than those at Fukushima that have seen partial meltdowns since last week's quake.