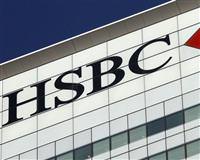 The spike in oil prices and resulting inflation fears saw Turkish stocks make a poor start to 2011 after far outperforming other emerging markets in 2010 with gains of 27 percent.

"Once the oil price starts to decline I think investors who are waiting to buy will immediately start entering the Turkish market," Namik Aksel, chief executive of HSBC Asset Management in Turkey, told Reuters in an interview late on Monday.

The Turkish banking shares index .XBANK has slumped 11 percent in the last three months after the banking regulator and the central bank took steps to curb credit growth and ease inflationary pressure.

The fund has a weighting of around 50 percent in the four biggest listed Turkish banks and state-run lenders Vakifbank (VAKBN.IS) and Halkbank HAKLB.IS, Aksel said.

"Towards the end of last year we reduced our bank holdings as expectations regarding bank margins deteriorated, but we bought them back as of now, because the banking sector had a significant correction compared to its global peers, price/earnings ratios fell to 6-7 percent," he said.

Aksel also likes real estate investment trusts and Akenerji (AKENR.IS) is also one of his picks, thinking it wise to hold an energy share in a energy hungry country. However he is reducing the weighting of some of his past favorites, like Turkish Airlines.

"Turkish Airlines will have a secondary public offering or block sale, the negative impact there still continues. Higher oil prices also have a negative effect," said Aksel. "We are not touching it."

The Turkish government retains a 49.12 percent stake in Turkish Airlines, Europe's third-biggest carrier by passenger numbers, and opened a tender last December for consultancy services to determine a privatisation strategy. It is unclear how much of its stake Turkey wants to sell or how it will sell.

"If the price of oil rises more, the current account deficit will go up, this will both put pressure on interest rates and deteriorate the outlook for companies like Turkish Airlines which have oil related input costs," Aksel said.

The fund primarily has a long-term outlook, he said, carrying its positions for a minimum of six months.

The price of oil hit a 2-1/2 year high on Feb. 24 of $113 as unrest simmered across the Middle East and North Africa, toppling the leaders of Tunisia and Egypt and hammering investors' appetite for riskier emerging market assets.

Turkish banks emerged from the global financial crisis without a bailout.