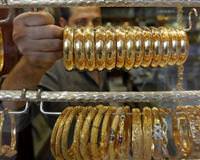 Gold imports into Turkey, the world's fourth-biggest gold consumer, are expected to rise by around 50 percent in 2011 and jewellery exports by 15-20 percent, a Turkish gold banker said.

Turkey's gold imports rose to 42.49 tonnes in 2010, up 13 percent from the previous year. Jewellery exports reached a value of $1.2 billion.

Gold XAU= was trading near $1,400 an ounce on Thursday, down slightly after striking a record last week on rising oil prices due to violence in Libya and a downgrade of Greece's credit rating.

Erten said a significant fall in gold prices was unlikely before global uncertainties were eliminated.