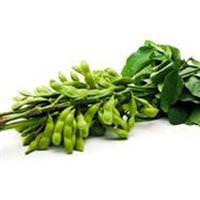 Minister of Agriculture Mehdi Eker has put an end to the debate of whether or not goods such as candy or chocolate should notify whether they contain Genetically Modified Organisms. “All products containing GMO must be listed as such on packaging.”

SABAH has recently brought to the agenda the debate surrounding the presence of Genetically Modified Organisms products such as candy and chocolate. Minister of Agriculture and Village Affairs Mehdi Eker has now delivered the message that manufacturers must list that a product contains GMO's on the packaging.
Minister Eker responded to a written petition by MHP Mersin Deputy Mehmet Şandır, by reminding that there were regulations on GMO products in the Insecurity Regulation, however later the rules were then removed, stated, "there have been no applications for GMPO's in the Biosecurity Council up until January 26th, 2011." Eker went on to underline that products containing GMO's must announce this fact on the product's packaging.
EU LISTS EITHER WAY
In the EU, products are listed as either containing GMO's or not. In Turkey, however only products that contain GMO's list it on the packaging. Germany adopted the practice in 2008 and France in 2009. The fifth item amongst GMO regulations is that in no way may GMO's be used in baby food. Consumer Associations are pushing the need to list whether GMO is or is not present in a product.