An open horizon for Arabian wealth 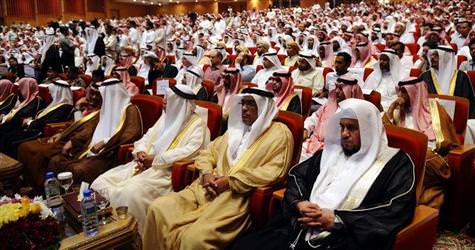 Stating that in the past wealth was polarized and subjected to discrimination based on color, ideology, Prime Minister Erdoğan goes on to say, “Our Arab brothers went to America and Europe. Now the doors are opening, one after the other for all of you. You should have no concerns.”

During an address at the 11th Jeddah Economic Forum, Prime Minister Recep Tayyip Erdoğan spoke out to Arabian capital and delivered the message that 'our doors are open.' Erdoğan also expressed that in the past, wealth was polarized according to color and ideology which has led to resentment."
"In Turkey, there were periods of time were Arab wealth was cut off by certain people and by campaigns by certain circles and our Arab brothers went to America and to European countries to make their investments.
Today, this mentality has been altered from the root and we want to see all of our Arab brothers in our country from the health to tourism sectors, in energy and construction and industry to agriculture, we want to see investments in every area. The doors will be open all the way for you, and you shouldn't have any concerns."
200 SAUDI FIRMS IN TURKEY
Reminding that Saudi Arabia is amongst the nations that make significant investments in Turkey, Prime Minister Erdoğan stated that the number of Saudi joint companies operating in Turkey has surpassed 200, while the capital stock has reached 2.5 billion dollars.
Noting that foreign trade with Saudi Arabia is on a stable path, Erdoğan mentioned that the 4.7 billion dollars foreign trade volume for 2010 is almost the levels seen prior to the crisis.
Stating that this is not enough, Erdoğan reiterated the need for this figure to increase. Prime Minister Erdoğan went on, "Turkey is Europe, Turkey is Asia… Turkey, with a center based in Istanbul, is a country that can be accessed with a four-hour flight from over 50 different countries, and has the capacity to reach a market of one fourth of the global economy. The era of standing back has come to an end, the era of distance is over, 100-years of longing is now done, that is how we see it."
In seven years, investments have increased by double and a half…
Prime Minister Erdoğan reminded that in 2002, Turkey's annual total investment figure was at the 40 billion dollar level and seven years later, in 2009, that figure had over doubled, reaching 107 billion dollars.
Emphasizing that this is the same case for direct international investments, Erdoğan stated that prior to 2002, Turkey was unable to surpass one billion dollars annually, however since then Turkey has seen a figure of 22 billion dollars a year and in the past four years combined, was able to draw in 57 billion dollars.
Travel plans from Istanbul to the Indian Ocean…
Prime Minister Erdoğan also brought up that it is now possible to depart from Istanbul and travel to Beirut, Damascus and Amman, without needing a visa. Mentioning that deliberations are still ongoing with Saudi Arabia, Erdoğan stated, "Hopefully, we will lift visa regulations and then we could provide the freedom to travel over Yemen all the way to the Indian Ocean."