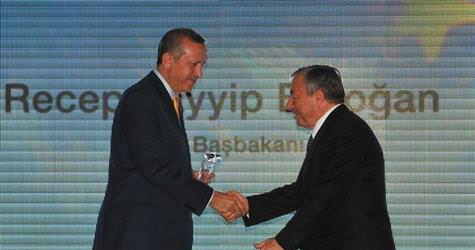 Last night, İMEDYA's "2010 Stars of Economy Awards" were distributed to their rightful owners in an awards ceremony. While SABAH was selected as the year’s most successful newspaper, Aytuğ and Yaşar were also awarded for their contributions.