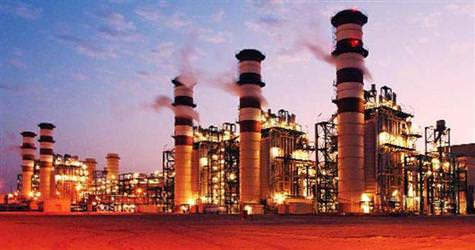 Çalık Enerji, a subsidiary of Çalık Holding, is continuing to invest in Iraq. Last January, Çalık Enerji signed on to an agreement and began working on building a 1,250 megawatt capacity power station in Karbala, an investment worth 445.5 million dollars. Now, Çalık Enerji is pressing the button on a new energy power plant project in Iraq. Çalık Enerji and Iraq's Department of Electricity, has signed an agreement foreseeing the building of the 'Nainawa' energy power plant in Mosul. During a ceremony held in Baghdad and attended by Deputy Prime Minister of Energy Hussain al-Shahristani, the tender agreement was signed on behalf of the Iraqi government by Minister of Electricity Raad Shellal Saed and Deputy Minister of Electricity Salam Kazaz. Chairman of the Executive Board of Çalık Holding Ahmet Çalık and Çalık Enerji General Manager Osman Saim Dinç signed on behalf of Çalık Enerji. Planned to contain six gas turbines, the cost of the 750 megawatt Nainawa Natural Gas Network Power Plant is 388.5 million dollars. The power plant, which will be built 60 kilometers south of Mosul, is expected to be completed and operating in 20 months time.
During an address made at the signing ceremony Çalık Holding CEO Ahmet Çalık expressed how pleased he was to be taking on the Nainawa Natural Gas Network Power Plant project, which he says will make life easier for Iraqis. , Çalık stated' "While offering gratitude to the Iraqi Government, and especially Mr. Deputy Prime Minister Shahristani and Minister Shellal Saed, as well as to the valuable representatives from the Ministry of Electricity which made this important investment opportunity possible, I hope that our project brings good fortune to the Iraqi people."
Expressing that Iraq's electricity production capacity is at approximately 4,000 to 5,000 megawatts, Çalık Enerji General Manager Osman Saim Dinç states that within the short period of time of less than two years, they will be providing half of the nation's established power with the two separate 2,000 megawatt natural gas power plants they are taking on in Karbala and Mosul.
TO BE COMPLETED IN 20 MONTHS' TIME
Explaining that the tender dictates 21 months for the undertaking of bulding the 750 megawatt power plant in the Nainawa region, Dinç states that the deadline for the project has since been brought up to 20 months upon request by Shahristani. Dinç also expressed that for the project they will be using six 125 megawatt gas turbines purchased by the Iraqi Government from General Electric. Underlining the importance of electricity due to summer temperatures escalating to 55 to 60 degrees in the region, Dinç goes on to state, "The electricity capacity is currently insufficient. Air conditioners will need to be used as soon as possible. We want the turbines to be active by May or June of 2012." Reminding that the first project's cost is 445.5 million dollars and the second project will cost 388.5 million dollars, Dinç states; "When the projects have been completed, we will reach a combined 2,000 megawatts of power. At present, the country's electricity production is at approximately 4,000 to 5,000 megawatts. Therefore, within less than two year's time, we will be providing the country with half of the amount of energy power currently produced. The 750-megawatt energy plant in Nainawa has the capacity to provide electricity to 250,000 homes and a population of one and a half to two million, while the 1,250 megawatt power station in Karbala is of the capacity to provide energy for a population of two to three million."
"WE WILL SOLVE IRAQ'S ELECTRICITY ISSUES TOGETHER"
Bringing up the fact that in a number of regions in Iraq it can be extremely hot, especially in summer and therefore the public suffers greatly, Iraq's Deputy Prime Minister for Energy Hussain al-Shahristani projected that with the completion of the project, everything will be much better in the country in the summer months of 2012. Announcing that the other projects put up in the tender will also be signed on in the upcoming days, Shahristani states, "The need for new investments in Iraq continues. There are a number of opportunities for Turkish companies. Let's work jointly to solve the problems together."