Public petroleum on its way… 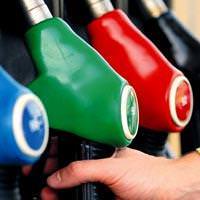 The Istanbul Metropolitan Municipality has decided to take action due to the rapidly increasing petrol prices. Similar to previous projects, including Halk Ekmek (Public Bread) and Halk Meat (Public Meat), the municipality now aims to create a brand to provide economic fuel.

Istanbul Municipal Metropolitan (İBB) Mayor Kadir Topbaş announced plans to establish a chain of gas stations and a petroleum brand within the İBB framework. In regards to the project, Topbaş states; "We have a number of economically significant projects for the city, such as İPARK. One of those is to build a chain of gas stations and create our own petroleum brand. Also, as a municipality, we have embarked upon web televising. We will establish a broadcasting network which will have a wide presence, such as for taxis and city squares. These are significant measures intended to serve our urbanites. "
HALK EKMEK IS GROWING
Kadir Topbaş's announcement of plans to operate a petroleum station within the municipality framework is a reminder of the Halk Ekmek A.Ş. project brought to us by an association of within the Istanbul Metropolitan Municipality. Halk Ekmek continues to provide Istanbullites with consistently inexpensive, healthy, high quality bread and flour, which is produced in three factories and distributed by almost 1,500 sales points throughout the city. Not only does Halk Ekmek A.Ş. produce 36 different products, but the association also plays a stabilizing role for bread prices.
HALK ET IN PROJECT STAGE
İBB has also previously announced plans to establish an association for meat, Halk Et A.Ş. , which will operate similarly to Halk Ekmek A.Ş. This project aimed to provide reasonably priced meat for city dwellers. Istanbul Mayor Kadir Topbaş established a special team to initiate the project upon receiving much demand. The team conducted a detailed feasibility report and has met with Istanbul Retailers and Chamber of Butchers as well as other big players such as the Meat Producers Union. During the process, two separate investment options arose. The first was to conduct contract manufacturing and then sell through stores. Option number two is similar to Halk Ekmek A.Ş, in which integrated facilities would be established and plans involved all stages from meat being purchased from breeders up until it was placed on the shelf. Feasibility for both options is still being conducted and the