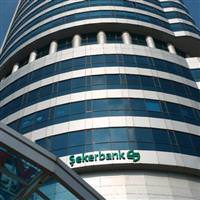 Mid-sized Turkish lender Sekerbank is in the market with what will be Turkey's first covered bond deal.

The deal is being structured through Unicredit with strong support from the IFC, the private sector development arm of the World Bank, which owns 3% of Sekerbank.

The deal is likely to be five years in maturity and at least EUR200m in size. There will be four tranches: one being sold to private sector investors; one guaranteed by the European Investment Fund, with a Triple A rating; and one each bought directly by IFC and Dutch development agency FMO.

This structure means the development agencies underwrite a large portion of the deal, but the private sector sets the pricing. Final pricing will be determined through a bookbuild and the deal is likely to close in late April or early May.

The deal is being structured under regulations brought in by the Capital Markets Board of Turkey in 2007 to allow securitisation and covered bond issuance.

Even though the law has allowed these types of deals for nearly four years, none have yet come to market. The law was targeted at mortgages but actually allows other receivables to form part of the cover pool.

For the Sekerbank deal, these will be SME loans, in which the bank specialises.

According to Zeki Onder, executive vice president of Sekerbank, the assets in the pool constitute the best assets on Sekerbank's books with no non-performing loans.

The issuer and the leads are hoping the quality of the underlying assets will attract foreign investors. If fully sold the deal will be the first time that existing assets denominated in Turkish lira are used to back a foreign currency bond deal (there have been future flow deals in the past).

More fundamentally, it is the first sizeable covered bond from an emerging market country -- the only other two EM covered bonds came from Azerbaijan Mortgage Fund in 2009 (a USD69m deal) and Ukraine's Bank Kreschatyk in 2008 (for EUR9.6m).

This points to the relative strength of Turkey's banking system compared to its peers around the world. As a whole, the banking sector is running a capital adequacy ratio of nearly 17%.

However, Turkish banks do suffer from a high mismatch between their assets and their liabilities. Most of their funding comes from short-term deposits but their loans are increasing in length. As a result the government and the banks are keen to expand their financing options.

In the past few months, Turkey's biggest banks such as Akbank and Isbank have tapped the international bond markets with five year Eurobonds and they have undertaken the first domestic corporate bonds. Turkey's Islamic -- or participation -- banks Kuveyt Turk and Bank Asya have sold the country's first sukuk deals.

Just last month Sekerbank itself issued its first corporate bonds with a one-year deal and an 18 month deal that together raised TRY350m. The deals were twice over subscribed.

The Sekerbank covered bond deal has been in the works for more than a year and has been developed with the active participation of the regulatory authorities.

A team from Moody's is currently assessing the bond and will assign a rating in coming weeks. This is expected to be two or three notches higher than Sekerbank's existing Ba1 local currency/Ba3 foreign currency rating. This would make the deal the only investment grade G3 currency bond from Turkey.

"This deal will open up a whole new world for Turkey's banks," says Onder, who believes the biggest impact will be felt through the extended maturity profile of the bank's liabilities.

Sources close to the deal say that other banks will likely come to market with similar transactions shortly after the completion of this trade. But the authorities are waiting to see the market reaction to the Sekerbank deal before approving other issues. The next few deals are also likely to need multilateral or development bank support.