The time of cheap cosmetics comes to an end 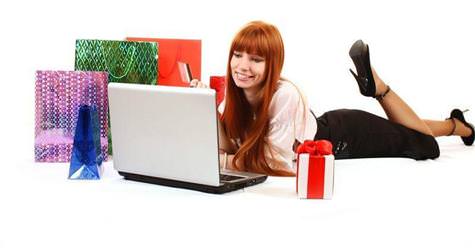 The nation’s virtual commerce, which is currently 20 billion dollars large, is soon to come under close inspection. The objective is to issue taxation on internet sales and to prevent unfair competition. Websites such as ‘Strawberry’, which sport annual revenues that surpass all cosmetic stores in Turkey, will now be subjected to regulations.

Every year, the amount of shopping conducted over the internet continues to multiply. One of the most inviting factors of this form of shopping is the price advantage these websites offer consumers. Due to the lack of a limit enforced on sales and lack of taxation, coupled by the other cost advantages provided by virtual shopping, prices on purchases over the internet tend to be significantly lower overall. Sales in cosmetics and electronics have especially reached an advanced stage at present. For example, the Hong Kong based online cosmetics sales website Strawberrynet. Com reaped 300 million dollars in revenue from Turkish consumers alone, equaling the total revenue of all cosmetic stores in Turkey combined. Ebay.com and amazon.com also continue to rock a number of sectors with the revenue they incur. According to the information obtained, it is these situations and others alike that have resulted in activating a number of associations. Within this framework, the Ministry of Finance, the Revenue Administration, the Ministry of Industry and Trade and the Association of Information Technologies has decided to establish the legal and technical infrastructure to allow for the accurate recording of all commerce conducted over the internet. A Law Draft on Electronic Trade Regulating was prepared and sent to the Grand National Assembly. The draft, which was not legalized this period, however will be revisited and is on the agenda; will include regulations to be enforced on informing of contracts conducted through electronic communication and electronic trade.
TECHNICAL INFRASTRUCTURE TO BE ESTABLISHED
According to the draft, when consumers attempt to purchase goods through the internet, they will have to agree to conditions in a contract made required and plainly visible for consumers before any payment information is provided. All internet sales will only be able to be conducted after the buyers' approval is obtained.
LIMITS TO BE CONTROLLED ONCE AGAIN
In the future, the Customs Undersecretary will work in conjunction with the Interbanking Card Center, to track that the 150 Euro maximum is not surpassed in internet credit card purchases that are then sent to individuals via the postal service. In the case the maximum limit is surpassed, the goods in question will be subjected to customs taxes.
TO BE COMPLETED WITHIN TWO YEARS
The efforts put forth are expected to come to fruition by the end of 2012, at which point all electronic trade will be reported in its entirety. As a result, tax losses incurred as a result of internet trade will be brought to an end.