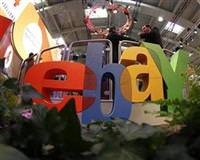 EBay Inc will buy most of the stake it does not already own in a Turkish auction website, in its latest move to strengthen its main marketplaces business.

EBay took a minority stake in Istanbul-based GittiGidiyor in 2007 and said on Tuesday that it would buy more shares to raise its ownership to 93 percent. The companies did not disclose the terms.

The move comes two weeks after eBay said it would buy e-commerce service provider GSI Commerce for $2 billion, a deal seen as an attempt to take on No. 1 Web retailer Amazon.com Inc.

"EBay definitely has the acquisition machine cranked up again -- and it's focused toward marketplaces," said BGC Partners analyst Colin Gillis.

While its PayPal payment system has been driving eBay's growth for years, the company is also trying to lift its more familiar marketplaces unit. The unit, a high-margin but mature business that connects online buyers and sellers, accounted for 62.5 percent of eBay's sales last year.

The president of the marketplaces unit left the company in September, but that has not prevented Chief Executive Officer John Donahoe from making deals while he looks for her replacement, Gillis said.

"He needs to get the marketplaces turned around in order to be seen as a successful CEO," Gillis said.

EBay said that it did not expect the transaction to affect the 2011 profit outlook it gave last month and anticipated the deal would close in the second quarter, subject to regulatory approval.

The company, which generated about 54 percent of its 2010 revenue of $9.16 billion outside the United States, has made other overseas deals. In December, it bought Germany's brands4friends for $200 million.