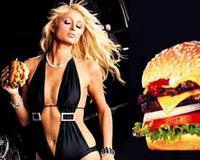 American fast-food restaurant chain Carl's Jr. is now in Turkey. Known for Paris Hilton’s association with the brand, Carl’s Jr. plans to open at least 25 restaurants within the next six years.

Entering the Turkish market with a branch in Istanbul's colossal Cevahir Shopping Center, Carl's Jr. is aiming to grow fast in Turkey. Brand owner CKE Restaurants' CEO Andrew F. Puzder explains that they will be operating as the Istanbul established FET Restaurant Operations and plan aggressive growth in the country. Puzder states, "We will become one of the venues in most demand by Turkish consumers."
OPENING THE DOOR TO EUROPE
With intentions of international growth for the franchise, Turkey is an important part of the plan for the brand. Puzder states, "We believe that the potential of the Turkish market and its strengthening economy will be a great advantage for our brand. There is a significant young population that will want to try high quality hamburgers. This market will provide a doorway for us to open up to Europe." Fet Restaurant Operations General Manager Nurhan Azizoğlu states that Carl's Jr., will be entering the Turkish market with what is known to be a premium high-quality menu.
THEY USED TO SELL HOT DOGS
CKE started off selling hot dogs in Los Angeles and now has 363 franchise restaurants for the Carl's Jr. and Hardee's brand. CKE aims to double in growth within the next five years and by the end of 2011 aims to have 3,159 restaurants operating in 19 different countries. The Chairman of the Executive Board of Fet Restaurant Operations, founded in Istanbul with three million lira in capital is Abdulaziz Alhokair.