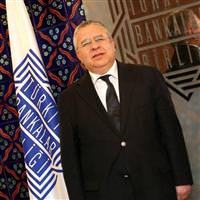 Turkey's banks warned profits will fall by 20 percent this year and they will charge customers more for loans as a result of the central bank's moves to rein in soaring credit growth.

Ekrem Keskin, general secretary of Turkey's Banks Association, said the cost of higher RRRs will be reflected in loans at the end of April or the beginning of May.

Higher RRRs cost 150 basis points for banks, of which 120 basis points comes from the fact that no interest is being paid on reserves, Keskin said.

The central bank halted interest payments on reserves last September. Its incoming governor said in a presentation in Washington on Friday the policy was working.

"There is a 30-40 basis points increase in credit costs so far. Banks have not reflected all the costs yet. The rest will be reflected at the end of April or beginning of May," Keskin said.

Keskin said the banking sector demands the central bank pay interest on required reserves. The measures will show their impact in the second half of the year, according to Keskin.

The central bank would like to keep credit growth within 20-25 percent this year in order to preserve financial stability and help rein in a record high current account deficit.

Loans surged 34 percent in 2010, driving a domestic demand boom, which has led imports to grow more than twice as fast as exports, driving up the current account deficit to 6.6 percent of GDP last year.

The value of total bank loans in Turkey grew 35.2 percent on the year and 6.5 percent since the end of 2010, according to weekly data from the banking regulator (BDDK) up to April 1.

"I think the banking system is being cut down at the wrong time and in a very unnecessary way," Ersin Ozince, the former head of Isbank said.

"Profits will be affected very negatively. My concern is we will see a capital outflow from Turkish banking or that banking investment will be transferred to other countries."