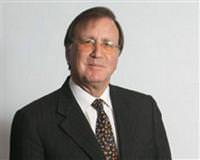 Turkey's leading mobile operator Turkcell, hit by a bitter row between its shareholders, said on Monday its chief executive and chairman would begin talks on how to resolve disagreements.

As of 0730 GMT Turkcell shares remained suspended but were expected to re-open later on Monday.

The company asked that the stock be suspended last Friday after shareholders failed to approve the 2010 accounts and dividend at an AGM last Thursday.

The row centres on opposition to Turkcell board chairman Colin Williams, the designated independent member on a board of seven, which includes two members from Nordic telecoms firm TeliaSonera , two from Turkish conglomerate Cukurova and two from Russian stakeholder Altimo.

TeliaSonera, which has the largest direct and indirect stake amounting to 37 percent, and Altimo, which has a 13.22 percent indirect stake, say Williams is not truly independent and sides with Cukurova.

Cukurova's overall stake in Turkcell amounts to around 14 percent, but it is the majority owner of Turkcell Holding, which owns 51 percent of Turkcell.

TeliaSonera and Altimo say the board is deadlocked and Turkcell's performance has suffered as a result. Williams has declined to comment.

TeliaSonera failed in its attempt to have Williams removed at the AGM last Thursday, and is separately suing him over his alleged lack of independence.

Turkcell has been subject to a long-running ownership battle. TeliaSonera tried in 2005 to take over the company but Cukurova backed out of the deal.

The mobile operator will post its first-quarter results on April 27.