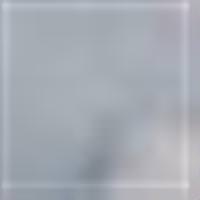 The U.S. Defense Department ended a contract with General Electric Co and Rolls-Royce Group Plc on Monday for an alternate engine for the F-35 Joint Strike Fighter.

The Pentagon for five years argued the second engine was an unnecessary expense while supporters in Congress kept funding the project, maintaining that competition with an engine built by United Technologies Corp unit Pratt & Whitney would ultimately produce savings for taxpayers.

But lawmakers earlier this month omitted funds for the alternative engine in an agreement on a budget to cover U.S. government spending for the remainder of fiscal 2011 that ends September 30.

GE and Rolls-Royce vowed to press for funding to be restored in fiscal 2012, so that the engine can be completed and compete for orders. They estimate taxpayers have spent roughly $3 billion on the project so far.

"I can assure you we are not giving up," GE Chief Executive Jeff Immelt said in a letter to employees released on Monday.

"We continue to be encouraged by the bi-partisan support for the engine on the merits of its performance and value," the companies added in a statement after the termination announcement.

At stake is potential engine business for the F-35 that the Government Accountability Office, Congress's audit arm, put at $62 billion in 2002 dollars.

The GE-Rolls Royce team says the business would be worth $100 billion over time.

In March, the Pentagon issued an order to halt work on the alternate engine project pending final resolution of its fate in the 2011 budget.

GE and Rolls-Royce said they had been realigning their effort into a "core technical team" of about 100 people since the stop-work order.

The Pentagon calculates it would cost $2.9 billion more to develop the alternate engine so it could compete against Pratt & Whitney's, but says it does not see a payback for the investment.

The GE-Rolls Royce team "has been instructed to preserve and deliver government property," the Pentagon statement said. The Defense Contract Management Agency will assume responsibility for "termination settlement," it added.

United Technologies welcomed the cancellation as "an important victory" for taxpayers.

The company appreciates the Defense Department's and Congress's confidence in its engine as demonstrated "by eliminating funding for a wasteful extra engine," said spokesman Marty Hauser.