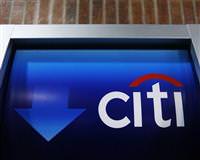 Citigroup downgraded Garanti, Halkbank, Isbank and Bank Asya to "hold", whilst cutting price estimates for Halkbank, Isbank, Vakifbank and Yapi Kredi, causing the banking index .XBANK, which makes up for 40 percent of the Istanbul Bourse, to fall 1.91 percent.

Emre Izgi, an analyst at Citigroup, said banks were all still trying to pursue strong individual loan growth at the risk of triggering further action by the central bank or the banking regulator to cool the credit boom.

"We argue that by pursuing growth strategies to maximize individual payouts, they risk seeing collective rewards diminish," he wrote.

Akbank's loans grew 10 percent in the first quarter alone. The central bank wants to keep loan growth this year to 20-25 percent in order to rein in Turkey's external deficits.

"We may see some selling of benchmark bonds ahead of next week's treasury auctions, but we do not expect high volume trading or a sharp move in yields," a bonds trader said.

Investors also eyed the Central Bank's first inflation expectation survey for May. The year-end CPI forecast rose to 6.93 percent from a previous figure of 6.90 percent.