Çalık signs on to Iraq’s electricity 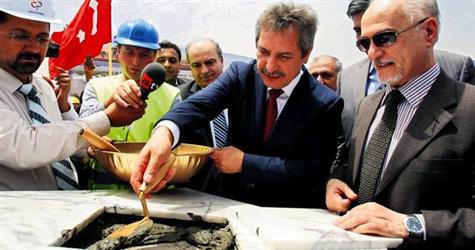 Çalık Enerji has laid the foundations for the Kerbela Al-Khairat power plant, which at 1,250 megawatts is one of Iraq’s largest electricity power stations. The first unit for the power plant, which will provide one fifth of Iraq’s electricity, will go into operation next year. Scheduled to be completed in two years, this new power plant will play a key role in the region’s development.

TWENTY PERCENT CAPACITY
Çalık Enerji will be building a total 2,000 megawatt power station in Iraq, which currently has an installed capacity of 4,500 megawatts. The Al-Khairat power plant, of which the foundation was laid yesterday in Kerbela and will be built for 445.5 million dollars, will have ten gas turbines provided by Iraq through General Electric. In addition to being able to operate with natural gas, fuel oil and diesel, the combined power plant on its own will increase Iraq's electricity production capacity by 20 percent.