Our neighbors have angered the ambassadors 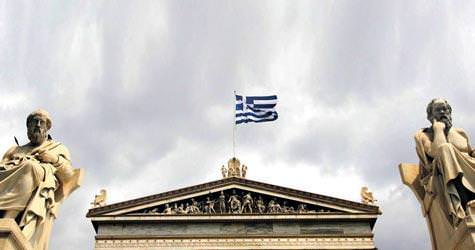 While Greece remains entangled in the economic crisis, now our neighboring nation intends to set up mini embassies with a single diplomat and undersecretary. Greek diplomats are not pleased and planned to stage a protest today.

While battling with the crisis, Greece has made a decision to decrease their number of embassies and consulates throughout the world. Within the framework of the Ministry of Foreign Affairs' 'austerity plans', the Greek consulates in Brussels, London and Paris will be moved and joined with the Greek embassies. The consulates in Hanover, Köln, Leipzig, Napoli and Nice however will be shut down, bringing in five million Euros in savings. In their place, single diplomat and undersecretary mini embassies will be set up. Ambassadors for distant countries such as in East Asia will be conducting their diplomatic responsibilities from their computers in their Athens offices. If necessary, they will travel to the country in question.
For a long time now, the 150 member Greek Diplomats Union has complained of salary, bonuses and travel allowance cuts and has therefore decided to begin a series of demonstrations, by way of walking out on work to protest the austerity measures. Today, while Russia's Deputy Minister of Foreign Affairs is scheduled to meet with Greece's Minister of Foreign Affairs Dimitris Droutsas, Greek diplomats from the Foreign Affairs Ministry will be putting down their pens and walking out to the Ministry courtyard in order to protest the austerity measures. Greek diplomats are planning to stage similar demonstrations every time the Foreign Affairs Minister has an official meeting.