A second millionaire joins the neighborhood 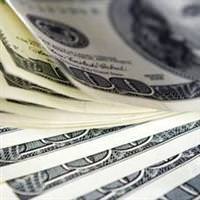 In Turkey, there are 20,000 neighborhoods and 24,000 dollar millionaires. Within four years’ time, the number of the nation’s millionaires is expected to increase to 45,000.

In other words, distribution-wise, by the year 2014, every neighborhood will have the equivalent of two millionaires each. Basically, the non-stop promises made by political party leaders in the 1960's, that there will be a millionaire in every neighborhood, will be realized and doubled in 2014 as 'two billionaires in every neighborhood.'
Foreseeing Turkey's fast growth, according to analysis by ING Bank, Datamonitor and IMF World Bank Economic Outlook Report, the number of individuals that will have one million dollars or more in the bank, excluding other assets such as homes and cars, will increase by 20,000 individuals surpassing a total of 45,000. In analysis released by ING bank, while last year the number of those in the high income bracket in Turkey, basically anyone with liquid assets over 75,000 dollars or 100,000 liras, was 652,000, this figure by the end of 2011 is expected to increase to 739,000 people. Meanwhile, the liquid assets of those in this bracket are expected to increase from 193.4 billion dollars to 220.1 billion dollars.
THE NUMBER OF WEALTHY TO INCREASE
According to analysis, the assets owned by millionaires will increase by 56.4 billion dollars to reach 123 billion dollars. The average ratio of number of millionaires to neighborhoods will reach to two within three years' time. In 2014, the anticipated liquidity of 187,000 dollars will be practically double that for those with 75,000 dollars at present.
Twenty thousand more Turks to join the millionaires club in four years' time…
Turkey and its wealthy citizens will have assets toppling 357.7 billion dollars in 2014. The bottom line is the number of wealthy citizens in Turkey is set to increase at a faster speed than in European countries. Between the years 2000-2014, the number of dollar billionaires will increase by 20,000 reaching a total of 45,000. By 2014, the number of individuals to have over 100,000 in liquidity will surpass one million.