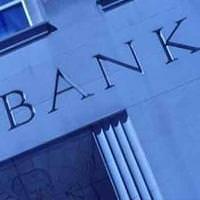 Iran's Bank Mellat cannot do business in Turkey as all Turkish banks have cut links with it due to U.S. sanctions over Tehran's nuclear programme, the head of the bank's Turkish unit, Younes Hormozi, said on Wednesday.

His comments came a day after the United States blacklisted another Iranian state-owned bank for its role in what Washington sees as an increasingly sophisticated campaign by Tehran to evade international sanctions.

Mellat was first sanctioned by the United States in 2007 for helping finance Iran's nuclear activities, which the West says is aimed at developing nuclear weapons. Iran denies this.

The Treasury could cut off some Turkish banks' access to the American financial system if they violate a 10-month-old law U.S. law that implements the U.N. resolution -- the Comprehensive Iran Sanctions And Disinvestment Act, or CISADA.

Asked in a telephone interview if there were Turkish banks still doing business with it, Hormozi said: "There are none left unfortunately. That is, all banks have cut links with us as of today. We know this stems from America and we condemn it."

"We have come to a point where we are unable to do business," he said.

Hormozi denied any of its activities were illicit.

"All business we have done until now has been legal and in line with Turkish and international law. If America has documents to prove Bank Mellat has done illegal business, it should show them," he said.

The European Union has also blacklisted Mellat, but a U.N. Security Council resolution approved last year does not specifically order the bank to be cut off.

Turkey, which opposed the latest round of U.N. sanctions against its fellow Muslim neighbour, is taking a narrower view of the Iran resolution and has allowed Mellat branches in Istanbul, Ankara and Izmir to continue operating until now.

Turkish Prime Minister Tayyip Erdoğan's government, facing re-election next month, has steadily increased trade with Iran since taking power in 2002 as part of a strategy to make Turkey the regional business and finance hub.
Last Update: May 19, 2011 12:14 pm
RELATED TOPICS