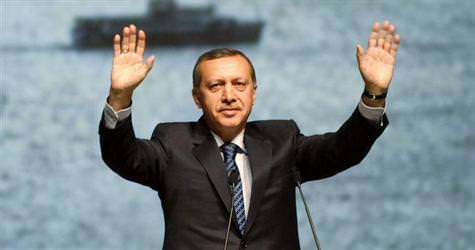 Prime Minister Erdoğan has announced the new ‘crazy project’ planned for Ankara. A 500,000 population new city will be established in the capital. All shanty towns will be removed from the Ulus district. In addition, Ankara will also be getting a new courthouse, medical and fair center as well as a stadium.

Prime Minister Recep Tayyip Erdoğan continues to deliver good news, this time however he has revealed a series of plans for Ankara. Erdoğan has announced plans to build a 500,000 population city in the nation's capital, which they will begin developing right after the elections. Calling the project, Güneykent, Prime Minister Erdoğan explains that those citizens currently residing in the capital's shanty towns could be relocated to this new city. Erdoğan also announced that Ankara would soon be a center for the defense industry and stated, "The production of ATAK helicopters will begin by the end of 2013. In 2022, jets will go into production. At least six billion dollars of the total eight billion dollar defense industry revenue will be realized by companies in Ankara."
According to Erdoğan, some of the projects designated for the capital will commence following the election, however some of the other projects will be realized between the years 2015 -2023.
100 MILLION DOLLAR SPACE CENTER: The Radar and Space Station to be established in Gölbaşı, will necessitate a 100 million dollar investment. The center, which will go into operation within two years' time, will produce military and communication satellites.
TWO CITY HOSPITALS: Two city hospitals will be built, he 7,000 bed capacity Keçiören Etlik and a 2,800,000 square meter hospital in Bilkent. There will be two general hospitals with 19 specialized departments.
METRO TO BE COMPLETED: The Kızılay-Çankaya, Batıkent, Keçiören and Sincan metro lines will be completed. In addition, a new rail system will be set up between the Kızılay-Akyurt Fair Center and the airport.
A SCIENCE CENTER: The Yıldırım Beyazıt University will be enlarged to become an international science center with a 25,000 student capacity, 25 percent of which will be from foreign countries.
A NEW STADIUM: A new 45,000 spectator capacity stadium will be built, surrounded by other sports facilities.
A MODERN COURTHOUSE: A 300,000 square meter modern courthouse will be built in the capital.
MEGA PROJECTS ON THE WAY…
A MEGA FAIR CENTER TO BE ESTABLISHED: A 1,800,000 meter square area will be transformed into a fair center. In Hıdırlıtepe a religious faith and history museum will be founded.
ZOO: The largest zoo in the Middle East will be built on a 1,700,000 meters squared area..
NATIONAL BOTANIC PARK: An 83 million lira investment will be made into a botanical park, which will contain 4,000 plants indigenous to Turkey.
A THERMAL TOURISM CENTER: New thermal facilities will be built in Kızılcahamam, Haymana, Çubuk, Çamlıdere, Güdül, Ayaş and Beypazarı.
ANKARA TO IZMIR TO TAKE THREE HOURS AND 50 MINUTES
All of the building fronts along the boulevard in Kızılay will be restored. A 15 kilometer-long tunnel spanning from Keçiören to İstanbul Bulvarı will be completed within three years' time. A speed train to run between Ankara and Izmir will be bring the trip down to just three hours and 50 minutes.