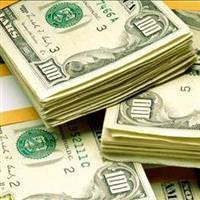 Turkey's central bank on Monday cut back its dollar purchases after a worsening euro zone debt crisis eased the flow of funds to the country, and stressed its much-criticised policy mix had started to work.

The latest move in a complex campaign to cool gains for the lira currency while trying to prevent the economy from overheating was accompanied by a call by Prime Minister Tayyip Erdoğan for "real" interest rates to fall to zero.

The bank said in its 6-month stability report it was ready to ease forex buying further. If that helped cut back the lira's losses -- exacerbated by doubts over the policy mix -- it would go some way to easing concerns over price pressures in Turkey's booming economy.

But market analysts are increasingly convinced that the only way forward for the bank is a U-turn that would lead to interest rate rises that look to be a taboo subject ahead of elections next month.

"The borrowing rate stood at 63 percent when we took power, we reduced it to 7 percent, and inflation is around 4 percent," Erdogan said at an opening ceremony of lender Albaraka Turk's new headquarters.

"Our aim here is to equalise inflation and the borrowing rate, therefore decreasing the real interest rate to zero. Can we achieve this? We definitely can. It's all about cooperation between finance and real sectors on the issue."

Although the central bank is independent, governor Erdem Basci who took over in April is seen as closer to the government than his predecessor.

While Erdogan may be largely addressing a domestic audience ahead of the election on June 12, many economists view his comments as unhelpful given continued strong Turkish growth and a mounting risk of overheating.

The lira IYIX= gained on the bank's statements and Turkish banking stocks rallied.

The central bank said it would cut its daily dollar buying to $40 million from $50 million starting from Tuesday.

Analyst Levent Durusoy at Yatirim Finansman said at current exchange rates this would deprive the market of 2.3 billion lira liquidity, which could compare with a 50 basis points increase to banks' required reserve ratios (RRR).

In the stability report the bank said it would cut currency buying further if foreign flows continued to slow, and that this may lessen the need to raise required reserve ratios further.

The RRR rises have hurt Turkish commercial banks' bottom lines and analysts said Monday's announcements would provide some support to the bruised sector.

"When we read between the lines we see that implicitly the bank gives support to banks," said Ozgur Altug, chief economist at BGC Partners.

"We see no mention of a more aggressive attitude on inflation. On the contrary the bank seems to be indicating that it is almost done with RRR hikes," he added.

The lira has fallen almost 6 percent so far in 2011, and the local stock market has lost around the same amount -- evidence of the concern over a soaring current account deficit and the danger of overheating in an economy still close to double-digit growth.

The bank insists its policy has an overall tightening effect, but the market has intense doubts, particularly as loan growth remains stubbornly high and a domestic demand boom shows no sign of abating.

Bank loans in Turkey grew at 35 percent on the year data to May 20 showed on Monday, signalling a slight slowdown in the pace of growth but falling far short of the central bank's 25 percent target.

The current account deficit will exceed 8 percent of GDP compared to 6.7 percent last year. April trade data on Tuesday is expected to show a deficit of $10 billion, a fresh record for Turkey.