Emay and Erko bring one billion dollars to Ataşehir 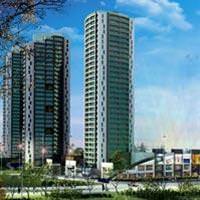 Emay İnşaat and Erko Group have joined forces for the Brandium Ataşehir project which will include a hotel, residences and a Shopping Center. Already 240 of the project’s residences, out of a total of 1,150 residences worth approximately one billion dollars, are now on sale.

Emay İnşaat, which has realized a number of Kent Plus residential projects and Erko Group have begun a one billion dollar project in Ataşehir. The project which includes a five-star hotel, home office, shopping center and residences, has already put up 240 of the total 1,150 residences up for sale. The square meter price for the units is between 4,300-4,800 lira, and residences span between studios and flats up to 5+1. In total, the project boasts eight different types of residences. Studios are for sale for 170,000, 1+1 apartments are going for 300,000, 2+1 for 478,000 and 3+1 for 630,000 lira. The Shopping Center and hotel will be completed in 2012, while the residences will be completed by 2013.

Emay İnşaat Executive Board Member Hakan Çağlar, explains that they have combined a residential lifestyle with social areas befitting to the Anatolian side. Expressing that every fifth floor in the Brandium residences blocks will have a special garden level, Çağlar reveals that some of the projects attributes include ceilings that are almost four meters high, there will be areas of greenery surrounded by a water concept, a walking path, swimming pools and a special swimming pool terrace, sports facilities, and a nursery. Although the residency prices at the project stage range from 4,300 TL per square meter to 4,800 per square meter, according to Çağlar, that figure could go up to 12,000 lira.

Çağlar also explains that the project includes a five-star 678-bed capacity hotel and a 60,000 square meter rentable area as well as a four-storey shopping center which will house 250 stores. Owners of the property and a fifty percent share partner in the project, Erko Group executive board member Yılmaz Korkmaz, notes that they already have a presence in the tourism sector with the Suena and Silince hotels, and states that they plan to undertake both the residence services and hotel operation. Korkmaz also states that there is a big chance that they hotel will be operated as a Suena hotel. Stating that Istanbul's continuous to prosper, Hakan Çağlar goes on to say, "The number of foreign hotel applications is attention-grabbing. They are calling Istanbul a 'money machine."