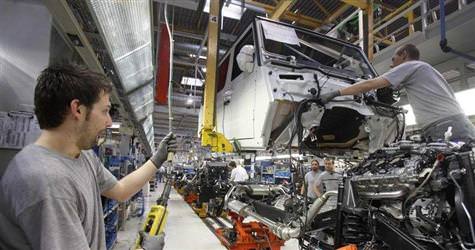 Canadian automotive and spare parts manufacturer Magna continues to harbor a love for Turkey. As the company seeks out a location to set up an automotive interior design factory, they plan to make an investment ranging from 50 to 100 million dollars.

It doesn't look like the love affair between automotive companies and Turkey will be coming to an end anytime soon. With Nissan, Opel and Volkswagen on the one hand, it appears Canadian Magna's love for Turkey may have resurfaced. Four and a half years ago, there was talk of Canadian Magna making a 400 million dollar investment in Turkey; however the decision later fell by the wayside. It appears now the company is back and looking for a location to open up a factory to produce their vehicle interior designs.
At the end of 2008, State Minister Zafer Çağlayan had announced that Magna was preparing to make a 400 million dollar investment in Turkey. At the time, Magna International plans were to use Turkey as a spare parts depot. Sometime later, news surrounding Magna's planned investment disappeared. Recently however, a consultant for Magna began a search for land spanning one million square meters for the company's factory.
LOVE FOR TURKEY CONTINUES
Magna's love for Turkey continues, however the company has minimized company objectives and is now looking for land in Turkey to produce their vehicles' interior decorative items (seats, door systems, mirrors, glass, etc.).
Magna International, one of the world's largest automotive parts manufacturers, is a significant figure in the sector in terms of vehicles' internal and external design. They have operations in 26 different countries and employ over 96,000 people.
The company boasts over 80 brands as customers including the likes of Ferrari and China's Geely. In 2010, Magna International reaped over 24 billion dollars in revenue. With approximately 1.2 billion dollars in operational profit, Magna's largest production and supply center in Europe is Germany with 53 locations.