On the way to the polls 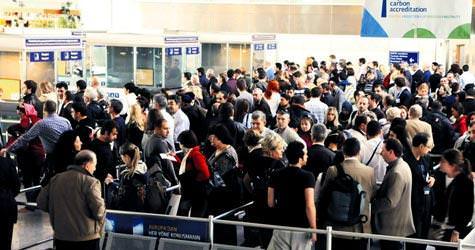 Thousands of people who will be voting in this Sunday’s parliamentary election have filled buses, sea transport and plain flights to be able to reach the province where they are registered. Due to the intensive demand, firms are adding extra services, the majority of which will be on Saturday.

Thousands of citizens are setting out today in order to vote in their respective registered provinces. With all forms of transportation practically booked up for the two days prior to the election, a number of airline, bus companies and sea ferries will be adding additional services to accommodate this weekend's demand.
Some of the extra services have even been scheduled for 23:30 Saturday night. According to Turkey's Private Sector Aviation Operations Association (TÖSHİD) Secretary General Musa Alioğlu there is an increase in demand both prior and following this Sunday's June 12th election. "There is great demand for flights from the largest Anatolian cities to Istanbul and from Istanbul to Anatolian cities. Due to the habit of voting for deputies in citizens' homelands, we have experienced this type of demand in the past." Alioğlu also emphasized that a number of voters will be flying in the night before the election and departing later on Sunday.
According to Pegasus Airlines Marketing Manager Özlem Ersoylu Mutluer, they have added 37 additional flights, with the highest demand coming from İzmir, Antalya, Dalaman, Bodrum, Trabzon, Elazığ and Diyarbakır domestically and 1,200 passengers will be flying internationally from Germany Switzerland and Belgium in order to vote.
BUSSES ARE FULL
Bus companies have also added additional services due to the high demand leading up to the election. Varan Tourism official Bilal Doğan states that there is high demand on the Istanbul -Ankara and Istanbul- İzmir routes and states, "We had approximately 15 buses going to Istanbul and Izmir daily. However, we have added five other time slots due to the high demand." According to Ulusoy Seyahat officials, there is especially high demand from Istanbul to coastal regions such as to destinations on the Aegean and the Mediterranean. Ulusoy has increased the number of bus services to coastal towns by 20 percent.

TOURS HAVE BEEN CANCELLED
A number of tours that had been organized prior to the date of the June 12th elections was determined, have been cancelled. Some were rescheduled for last week, while others will be held at a later date. According to Anı Tur International Tours Manager Ramela Avetyan, "Once the date of the election was determined, we rescheduled all of our tours. We cancelled all long distance tours scheduled for this week. We scheduled all European tours to ensure we were in Turkey this Sunday. All June 12th tours have been moved to June 17th and 18th.'

İDO OFFERS 14 EXTRA SERVICES
Due to the increased airline and highways traffic, the Istanbul's Sea Buses will also be adding services for Saturday on Sunday on the Yalova-Pendik, Yalova-Yenikapı, Bursa-Yenikapı, Kabataş-Kadıköy-Çınarcık routes. A total of 14 extra times have been added including a 23:30 departure.