The man who brought down Turkey runs for IMF Chief 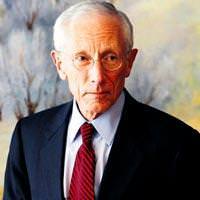 Bank of Israel Governor and former IMF deputy chief Stanley Fischer said on Saturday he would run for the top job at the International Monetary Fund, presenting a new challenge to front-runner Christine Lagarde.

Lagarde, France's finance minister, pressed on with a tour of capitals and told her Saudi Arabian counterpart that tackling sovereign debt troubles would be a priority of the IMF if she led the Washington-based rescue lender.

Fischer, first deputy managing director of the IMF from 1994 to 2001, was once described by former U.S. Treasury Secretary Robert Rubin as the "unsung hero" of the world financial crises of the 1990s. To Turkey, his macroeconomic program, implemented during his time as IMF Deputy Chief, is considered to be the factor that dragged Turkey into the 2001 crisis.

Fischer had said the IMF post was one of the best jobs in the international financial system but was noncommittal on a bid until Saturday.

"There arose an extraordinary and unplanned opportunity -- perhaps one that will never happen again -- to compete for the head of the IMF, which after much deliberation I decided I wish to follow through on," Fischer said in a statement.

Israeli Finance Minister Yuval Steinitz, Israel's representative at the IMF, said he would support and aid the candidacy of Fischer, whose resume also includes a spell as chief economist at the World Bank.

The top IMF job was vacated by Frenchman Dominique Strauss-Kahn, who resigned after his arrest on May 14 on charges of attempting to rape a New York hotel maid.

The deadline for applications to replace him closed at midnight on Friday.

Fischer, 67, would be a significant challenger to Lagarde and has been a candidate for the fund's top job in the past.

Fischer, also an ex-vice chairman of Citigroup, was born in what is now Zambia but holds Israeli citizenship, which could pose a problem for Arab countries. He is also a U.S. citizen, which could prove an obstacle as the United States traditionally claims the top job at the World Bank, while a European has always run the IMF.

Economist Nouriel Roubini said Fischer was qualified to run the IMF but would not be able to knock Lagarde off course.

"Stan Fischer would make an excellent IMF managing director. But, at this late stage, he does not have enough support to succeed," Roubini said in an email.

Mohamed El-Erian, co-chief investment officer at the world's largest bond fund company, PIMCO, said Fischer would be a popular choice at the fund, having served as its No. 2.

"He is extremely well liked by the staff of the IMF, well known and genuinely respected by the member countries of the institution," El-Erian told Reuters.

Fischer may not be so popular in Asia where he remains associated with some of the harsh IMF-backed, free-market policies to fight the region's financial crisis in the late 1990s.

Lagarde was in Saudi Arabia on Saturday as part of a world tour to drum up support among emerging market economies.

"There are specific issues to deal with and clearly some of the sovereign debt crisis issues are one of the priorities at the moment," Lagarde told Reuters on the sidelines of a meeting with Saudi Arabian Finance Minister Ibrahim Alassaf in Jeddah.

"I will certainly look at one of the purposes of the fund, which is to restore stability."

Lagarde is backed by the European Union and a handful of smaller countries from Georgia to Mauritius. Paris is hopeful that Washington and Beijing will also stand behind her.

Fischer, though, is popular in the United States and was Federal Reserve Chairman Ben Bernanke's thesis adviser.

Brazil, Latin America's biggest economy, is leaning toward Lagarde but has not decided, officials said on Friday.

A Reuters poll of economists around the world in May found 32 of 56 saw Lagarde as the favorite, although Fischer won the most votes as "best suited" for the job.

Fischer, who just started his second year of a second five-year term as Israel's central bank chief, is credited with helping Israel's economy weather the global financial crisis by starting to lower Israeli interest rates sharply in 2008. He has since raised rates 10 times to contain inflation.

One potential pitfall for Lagarde is an investigation into her role in a 2008 arbitration payout to a French businessman.

A top French court on Friday put off until July 8 its decision on whether to open a formal inquiry into allegations by opposition left-wing deputies that she abused her authority in approving a 285 million euro payout to a businessman friend of President Nicolas Sarkozy.