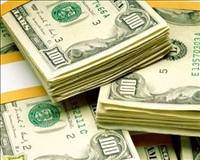 The AK Party won 50 percent of the vote to give Erdogan a third consecutive term. But the AK Party's parliamentary majority slipped, as it won 326 seats, down from 331 in the previous assembly.