Turkish banks to be charged if loans grow too fast 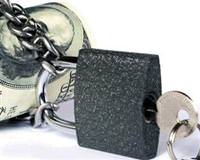 Turkish banks will be hit with additional charges if the proportion of their consumer loans exceeds 20 percent of their total loans, under new laws from the banking regulator intended to slow rapid loan growth.

According to Turkey's official gazette on Saturday the BDDK has ruled banks which exceed the 20 percent limit, which excludes mortgages and loans for cars, must pay provisions of 4 percent instead of 1 percent.

The move follows a series of increases by the Central Bank to banks' required reserve ratios on deposits. The bank is struggling to contain rampant loan growth which is driving up external deficits and putting the Turkish economy at risk of overheating.

The BDDK said it would also amend how it calculates consumer credit risk in relation to capital adequacy ratios.