A cinematic storm of Turkish films 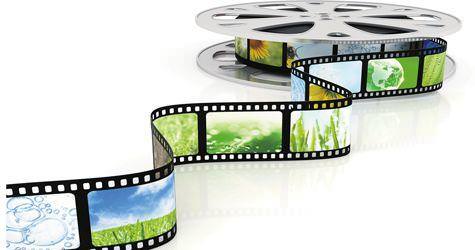 The Turkish film industry, which has experienced a revival in recent years, brought in stellar results in the fifth month of 2011. Out of 147 films showing, including both domestic and foreign, the top three productions with highest viewership were Turkish films.

It appears Turkish films have come out on top, displaying significant results in both box office figures and viewers. "Eyyvah Eyvah 2'', "Aşk Tesadüfleri Sever'' (Love Likes Coincidences) and "Kurtlar Vadisi: Filistin'' (Valley of the Wolves: Palestine) were amongst the highest viewed productions.
As of June 12th this year, 147 domestic and foreign films were released in Turkey, with revenue toppling 204,093,721 TL and 21,575,325 viewers.
Forty-four of the films that showed were domestic productions viewed by 13.5 million. Domestic films raked in 120 million TL of the total revenue brought in by the film industry's releases. The highest viewed film out of both foreign and domestic releases was "Eyvah Eyvah 2''. The film was released on January 7th of this year and has had a total of 3,923,575 viewers. "Eyvah Eyvah 2'' brought in 36,546,435 in revenue. The second highest domestic film with 2,396,246 viewers was ''Love Likes Coincidences", while 'Valley of the Wolves: Palestine" came in third with an audience of 2,023,738.
Out of the foreign films released, "Pirates of the Caribbean: On Stranger Tides" had the highest viewership. Despite being released approximately a month ago, it has already acquired 914,043 viewers. Even though the film has a fanbase throughout the world, it has still not surpassed the success seen by domestic films.