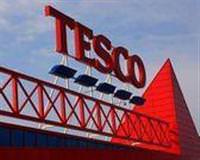 Tesco, the world's No.3 retailer, on Wednesday detailed plans to double returns from its central and eastern European business by buying more goods regionally, opening a variety of stores and selling more services.

As part of that, it aimed to double returns in central and eastern Europe, where it operates in the Czech Republic, Hungary, Poland, Slovakia and Turkey, to 10 percent over the same time frame.

On Wednesday, it told analysts and investors on a trip to the region how it planned to achieve that.

Tesco, which trails France's Carrefour and U.S. industry leader Wal-Mart by annual revenues, said most of the improvement would come from growing sales.

That would be driven in part by a revamp of its hypermarkets, which includes adding over 5,500 new lines and upgrading fresh service counters.

Like-for-like sales at eight converted stores that have been open more than eight weeks are up over 20 percent versus a group of unmodified stores, with increases in both transaction numbers and average spend, Tesco showed on presentation slides published on its website.

The group said it also planned to rapidly expand its smaller format stores, launch an online grocery offering across the region and introduce a range of services, like telecoms, opticians, pharmacy and photo businesses, into larger stores.

In Poland, it will relaunch its financial services business this financial year, extending its range of loans, savings and insurance products towards the broader offering available from Tesco Bank in Britain.

Tesco, which faces stiff competition in central and eastern Europe from discounters like Lidl and Biedronka, said returns would also benefit from more consistent store blueprints that would help cut building costs by 40 million pounds in 2011/12 alone.

It plans to make savings by buying more products, such as pre-packed meat, pet food and confectionery, on a regional basis as well, and by rationalising its 22 largely country-focused central European depots into 10 more regional centres.

"Central Europe is beginning to develop as a whole unit rather than 5 independent countries."