Ford entrusts their trucks to Turkey 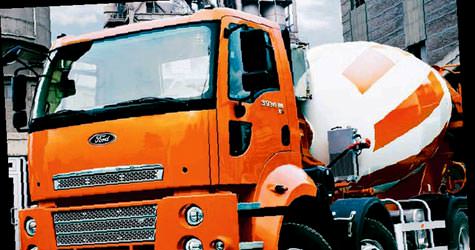 Turkey is soon to become a Ford’s base for truck production. Cargo trucks will be manufactured at the İnönü factory and then exported to 65 different countries.

In addition to the Ford Motor Company's light commercial vehicles, soon Turkey will also be in charge of manufacturing the company's trucks. The Cargo truck series, which will be developed in and produced in Turkey, will be exported to 65 different countries.
Up until yesterday, the İnönü factory was mainly utilized as base for domestic market productions; however it will soon become one of two international truck manufacturing bases for Ford, the other of which will be based in Brazil. According to Ford Otosan General Manager Nuri Otay, it was only after a long pursuit that they managed to convince the American automotive giants to produce the new Cargo truck within the 'One Ford' strategy framework.
CAPACITY INCREASE UP TO 20,000
Otay explains that along with Brazil, they will be producing the new Cargo as well as will develop new models for all over the world. Otay also noted that the vehicle's engineering infrastructure, design as well as Research and Development would be conducted by Turkish engineers.
Otay states: "The trucks will be manufactured in the İnönü factory in Eskişehir. With the new Cargo, Ford will fast become a global player in heavy trucks. Ford Otosan will be increasing the number of countries the Cargo is exported to from 17 to 65.
We will be exporting 5,000 trucks a year to regions such as Central Europe, the Middle East, Russia, the Turkic Republics and North Africa.
The İnönü facility's production capacity will be increased from 10,000 to 15,000 at the first stage and within a five-year period will be brought up to 20,000 vehicles. Parallel to increasing production capacity, the factory will also be hiring additional employees." With the inclusion of the truck in the 'One Ford' strategy, Ford Otosan's truck exports will reach 300 million Euros in five years. Including the Cargo parts manufactured in Brazil, exports from Turkey will reach 350 million Euros.
Convincing Bill Ford…
By purchasing Iveco in 1986, Ford secured an entrance in the global truck market. Now, Koç Holding's 50-year partners are coming back competitively.
Ford Otosan General Manager Nuri Otay recalls how they worked hard to convince their partners Ford Motor Company to become global players once again in the trucks and states; "We even held discussions last year when Ford Motor Chairman Bill Ford came to Istanbul to celebrate Ford Otosan's 50th year. If you look closely you will even see that we took a photo in front of a Cargo truck. This was not for nothing."
A 75 MILLION DOLLAR INVESTMENT
Otay also explained that in order to keep Research and Development costs for the vehicle down they will be working in conjunction with Brazil, however Turkey will be the authorities on the project.
According to Nuri Otay, up until now over 400 million dollars have been invested in the İnönü factory, which was founded in 1982, and the investment solely for the Cargo's vehicle production will be 75 million dollars.