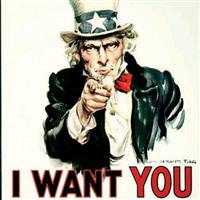 Turkish firms are securing U.S. military contracts from all over the world. Turks are currently conducting 80% of the Uncle Sam’s interests in Afghanistan. Endorsements span between three to four billion dollars.

It seems Turkish firms have become the new favorite choice for the United States Military and government. Having accelerated collaborations with the U.S. government and army during the Gulf war, Turkish firms went on to win significantly larger tenders following the operation in Afghanistan. At present there are approximately 50 Turkish firms acquiring an approximate total of three to four billion dollars. In addition, Turkish firms are now practically in charge of 80 percent of the jobs conducted on U.S. bases. Last year, these firms primarily worked on contractor jobs, however now they appear to be taking on significantly more qualified projects. In addition to easier jobs involving airports, bases, hangars and barracks, Turkish firms are now embarking on duties in the service industry.
Aytaç Demirbaş, the General Manager of one of the companies working with the U.S. army, states; "With the exception of security and health services, we provide everything else for them while they are fighting on the field." This service is referred to as 'life support' by the U.S. army.
Last week, the firm handed over two new aprons built for the Manas Air Base, a key spot for the U.S. Military's Afghanistan operation, General Manager Demirbaş states, "We build the bases. We are in charge of constructing the living spaces, the infrastructure and even the weapons depot. For security reasons, they build the exterior walls. We are also making mega fuel tanks at the moment." Explaining that both logistically, because they are difficult regions, and also due to the fact that the locations are distant from the west from a cultural perspective, Turks are better at doing the job and in regards to whether withdrawing troops from Afghanistan will affect them or not, Demirbaş states, 'They have announced plans to pull out by the end of 2014. However there are no plans or program put forth. The same process transpired in Iraq."
There are also a number of large groups amongst the 50 Turkish firms in play. Amongst the prominent firms currently operating in Afghanistan with the U.S. army are Yüksel İnşaat and 77 İnşaat. The 77 İnşaat company belongs to Süleyman Ciliv, who happens to be the brother of Turkcell CEO Süreyya Ciliv.