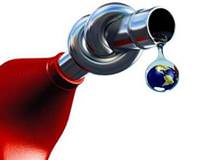 Oil companies in the Mediterranean are seeking at least 70,000 tonnes of jet fuel for prompt delivery into Greece, Tunisia and Turkey signalling a rise in regional demand for the product, traders said on Friday.

Turkish refiner Tupraş has issued a tender to buy 30,000 tonnes of jet fuel for delivery in the last ten days of July closing at 4pm local time, according to a document seen by Reuters.

Neighbouring Hellenic in Greece was also seeking a delivery of 30,000 tonnes of jet fuel for the same delivery dates, according to traders.

And FAL Oil was heard to be seeking a delivery of around 11,000 tonnes of the refined product into Tunisia as early as possible this week.

Tenders to buy the refined product have been issued from Turkey and Greece, while a delivery is also being sought for Tunisia.

Libya was once a key supplier of jet fuel to the region, exporting around 30,000 barrels per day to Europe before the uprising against the rule of Muammar Gaddafi.

But the country's exports remain at a standstill, while other refineries in the Mediterranean have reduced runs as high oil prices have eaten into profit margins.

Supply has been further limited by industrial action in Greece, where social unrest hit Hellenic's (HEPr.AT) refineries and output has stopped and started.