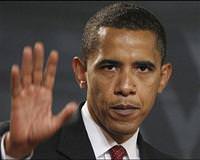 A Republican plan to cut the U.S. deficit faced delay and stiff opposition on Wednesday, piling anxiety onto investors and ordinary Americans hoping for a late compromise to avoid a crippling debt default.

Deeply divided Republican and Democratic leaders are scrambling to find common ground with less than a week before the government hits its borrowing limit approved by Congress, triggering a possible default that would roil global markets.

Even if that fate is avoided, a plan that flinches from hefty deficit cuts could result in a downgrade of America's top-notch credit rating that would raise its borrowing costs and deal a severe blow to its anemic economic recovery.

After weeks of acrimonious debate, the contours of a possible deal have emerged but Republicans and Democrats are digging their heels in on some key demands and blaming each other for putting politics ahead of the national interest.

The chances of a quick resolution narrowed after a vote on a deficit plan by the top Republican in Congress was pushed back to Thursday from Wednesday.

Republican Speaker John Boehner rushed to rework his bill after an analysis found it would cut spending by $350 billion less than the $1.2 trillion over 10 years he had claimed.

President Barack Obama has threatened to veto the Boehner plan and top Senate Democrat Harry Reid described it as "dead on arrival."

The plan has also failed to win the backing of conservative Tea Party Republicans, who have steadfastly refused to back tax rises and want much heavier cuts to social programs that are traditionally protected by Obama's Democrats.

The White House said on Tuesday it was working with Congress to craft an unspecified "Plan B," providing a glimmer of hope that an 11th-hour deal could be reached as lawmakers feel the pressure from increasingly anxious financial markets.

The gridlock dragged down U.S. stocks for a second day on Tuesday and the dollar continued to slide in early Asian trade on Wednesday, falling to a fresh four-month low against the Japanese yen.

There have been no signs yet of the panic that could be sparked by a default, with most investors confident that a deal will somehow be struck.

A Reuters/Ipsos poll showed Americans are overwhelmingly concerned about the crisis and a majority -- 56 percent -- support a mixture of tax increases and spending cuts that Obama has advocated and Republicans have dismissed.

"WRAPPED UP IN A BOW"

Despite their differences -- sharpened by the looming presidential and congressional elections in November 2012 -- there is common ground between Boehner's bill and a rival plan by Reid that calls for a $2.7 trillion deficit reduction over the next decade.

Reid said he could not understand why Republicans did not support the plan he presented since it does not raise taxes and the spending cuts in the proposal have been endorsed by them.

"It's everything Republicans have demanded wrapped up in a bow and delivered to their door," he said.

Obama has said he cannot accept Boehner's two-step deficit plan because it extends the Treasury's borrowing authority only until early next year, risking a rerun of the debt impasse during the election campaign.

Obama, who will run for a second term, has backed Reid's one-step plan, which has a hike to the $14.3 trillion debt limit that would carry through the elections.

Neither plan goes far enough with deficit cuts to guarantee the U.S. sovereign credit rating will not be downgraded, an action that would dent the global safe-haven status of the dollar and Treasury bonds.

All three big credit-rating agencies have warned the United States needs to come up with a credible deficit plan to keep its top rating in the long term.

Executives from Standard and Poor's and Moody's Investors Service are due to appear before a congressional panel on Wednesday, where they will face scrutiny over their views on the debt ceiling debate.

Obama and Treasury Secretary Timothy Geithner have stressed the government will run out of room to borrow funds on August 2, next Tuesday.

But Treasury officials have never said when the government will exhaust its funds to pay the nation's bills and the consensus among Wall Street analysts is that the cash will not run out until about two weeks later than that.