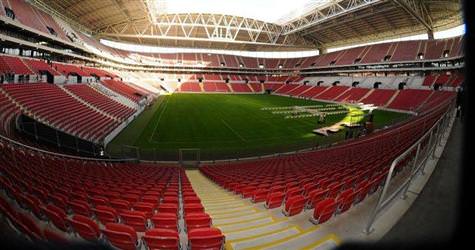 After completing the construction of the 52,000 spectator capacity Seyrantepe Sports Complex this year, TOKİ, Turkey’s Housing and Development Administration, now plans to build an additional nine football stadiums throughout the country to accommodate 211,000 spectators.