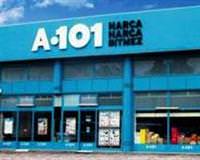 Private equity funds including TPG, the Capital Group, Permira and Mid Europa Partners are among potential buyers for Turkish hard-discount retail chain A101 and will place their bids next week, sources close to the deal told Reuters on Wednesday.

"We can talk about a sale price definitely higher than (discount retailer) Şok, which was sold for 600 million lira ($350 million). For A101 I expect the sale price to be from 800 million lira up to 1 billion lira," a source close to the deal said.

"After the pre-selection the final bidders will be shortlisted," that source said.

Another source also confirmed the potential buyers and the timetable.

The Şok sale price was cheap, analysts said after the deal was announced, comparing it to listed discount retailer BIM , which has a market value of $5.13 billion.

Turkish Islamic lender Bank Asya has a 21.84 percent stake in A101. The bank said in March that it will participate in a stake sale to foreign investors.

The Aydin family has a majority stake in the retailer.

A101 board member Ayhan Aydin told Reuters last year that the group could consider having a foreign partner.

Credit Suisse is managing the sale.