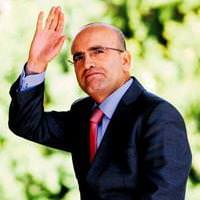 "We aim to decrease the inflation rate to single digits, below 5 percent in the medium to longer term," he said.

Turkish Finance Minister Mehmet Şimşek also said on Thursday that the country's budget deficit will be lower than their target in the forthcoming period. Turkey ended 2010 with a budget deficit equivalent to 3.6 percent of GDP, better than planned, and set a target of a 2.8 percent gap in 2011. Şimşek also said the government is reconsidering a high tax in the communications sector.
Last Update: Aug 26, 2011 11:40 am
RELATED TOPICS