Irene losses already up to $1.1 billion, more to come 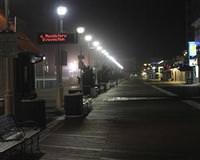 Hurricane Irene caused as much as $1.1 billion in insured losses in the Caribbean, catastrophe modeling company AIR Worldwide said on Friday, with more expected to come as the storm heads for the U.S. Northeast.

Yet in a sign of the confusion sure to plague insurers in days to come, rival catastrophe modelers Eqecat said late on Friday losses in the region were likely no more than $600 million.

While no one knows yet precisely where Irene will strike or how strong it will be at the time, it seemed certain as of Friday that Philadelphia, the New Jersey shore, New York City, Long Island and broad swaths of Connecticut, Rhode Island and Massachusetts were all going to be hit.

The insured losses for the Caribbean will range from $500 million to $1.1 billion, mostly from the Bahamas, said AIR, one of the three companies the insurance industry relies on to model the impact of both natural and man-made disasters.

AIR had warned Irene was likely to do more damage to the islands than 1999's Floyd, the last hurricane to strike them in such a direct way.

But Eqecat said its own models suggested losses of $300 million to $600 million. That the two would differ in their estimate is not unusual. However, it also serves as a reminder of how difficult it can be to assess storm damage in the days and even weeks after the fact.

The next question is what Irene will do to the U.S. East Coast, with some estimates putting more than $4 trillion of insured coastal property in its path. The losses, by some accounts, could be enormous.

An analysis by New York Times statistics blog FiveThirtyEight found a Category 2 hurricane making landfall within even 100 miles of New York City would cause at least $2.15 billion in economic losses in the city alone.

If landfall was within 50 miles, the losses would approach $10 billion in the city.

If Irene is sufficiently large, the insured losses it causes could lead to an industrywide firming of, or rise in, prices after years of declines caused by heavy competition and excess capacity.

As of late Friday afternoon, all signs were that Irene was weakening, contrary to earlier expectations. AIR said it now looked as if Irene would be a Category 2 storm when it hit the Carolinas and a borderline Category 1 on landfall Sunday afternoon in Long Island.

However, the slower wind speeds are deceiving, one of the company's top scientists said, since the storm is also moving north faster than had been expected.

"Even though the forecast may come down 5-10 miles (an hour) from what they had yesterday, if the storm is moving faster than it was yesterday that can actually compensate, especially on the right side of the storm," said Peter Dailey, AIR's director of atmospheric science.

The storm could also prove problematic for investors in catastrophe bonds, which insurance companies use to transfer risk to capital markets.

The percentage of so-called cat bonds with exposure to U.S. hurricane risk stands at 67 percent -- with $506 million exposure to hurricanes just in North Carolina, according to broker Guy Carpenter's GC Securities.

Bonds such as Shore Re Ltd, which covers hurricane damage in Massachusetts, and Johnston Re Ltd, with such exposure to North Carolina, could be particularly at risk. Standard & Poor's said on Friday it would hold off on any rating action until Irene passes, but it could put some bonds on a "negative watch" after the storm if the damages appear severe enough.