Günak's girl Mia is ready to hit the road 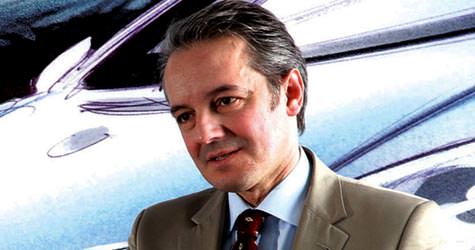 Drawn up by Turkish designer Murat Günak and named after his daughter, the electric vehicle Mia is ready to hit the road. With a price tag at approximately 15,000 Euros, up to now there have already been 3,000 orders.

First displayed at the 2010 Geneva Automotive fair, the Cerizay factory in France has already begun mass producing the Mia. The vehicle will begin to sell in the first half of 2012 following initial deliveries for shipping and local managements. As of now there have already been 3,000 orders received for the vehicle. The Mia will sell for 19,500 Euros, however with a 4,500 incentive offered in France the price tag drops to 15,000 Euros. The Mia, which in September will be on display at the Frankfurt Automobile Fair for car-lovers, is also expected to be sold in Turkey. Both Arkas Otomotiv and Alphan Manas are being mentioned as possible distributors.
MIA COMES IN THREE VERSIONS
Plans are to produce 4,000 Mia's by the end of 2011. In 2012, production capacity will be increased to 14,000. The Mia, named after the daughter of company shareholder and head designer Murat Günak, has three different versions. The most attention-grabbing quality in the vehicle's design is a driver's seat that is situated in the center of the vehicle. The standard version of the vehicle will be a three-seater, while the long-axle distance version will be able to seat four. The commercial panel van version will have a load capacity of 1,500 liters. The 18 kw electric engine allows the vehicle to drive up to 110 kilometers. The vehicle will be able to run for a distance of 130 km. The Mia's battery can be charged in just five hours.

AS IMPORTANT AS HIS DAUGHTER
In a statement made previously by Murat Günak, he states; "I want to bring a vehicle created by a Turk into Turkey fast and sell it. With taxes at three percent for electric cars in Turkey, I believe that the Mia will be very popular. Mia is my daughter's name therefore it is as important to me as my daughter. I want this vehicle to be successful in my own country."